I was skeptical when the Bokashi Composter first came home, but I’ve become a convert. this is the best way I’ve found to accelerate the composting process and be able to compost in an apartment.

Traditionally, you need a yard and space to get a decent compost heap going, but above all, you need time. We live in 850 square feet in Vancouver and consider ourselves very lucky. We love to Garden and have a huge garden box that takes up most of our outdoor space.

Compost and garden supplies are expensive, and while we’re able to compost via a bin in the recycling room, nothing beats using our scraps to make compost that we don’t have to buy. The goal initially was to make the garden cheaper, the result is that it’s less work than going downstairs.

So what do you do? In a nutshell you take your food scraps and chuck them in the composter instead of the bin downstairs. Add some of the Bokashi bran and wait. The official wait time is 4-6 weeks. We live in Vancouver and maybe it’s our climate but it generally take a bit longer, I like to leave it 8 weeks if I can.

After its had two weeks in the bin with the bran, I drain the liquid (Which can be used as a tea for plants when diluted) and mix it with reclaimed dirt from the planter box in a tote on the balcony. It smells pretty bad, but its worth it! 6 weeks later the earth and compost mix is a rich soil that can be used to start seeds or plant out mature plants, and what’s better is that after the initial investment it’s free!

How does it work? I think magic, but apparently it’s microbes. Healthy soil is full of it and kitchen scraps are what they like to eat, the Bokashi bran aids the process and speeds things up!

We’ve had our composter a year and got two bags of bran with it. I’m still working through the second bag. our “soil factory” (the tote) cycles through easily, its sealed so it doesn’t smell and irritate the neighbours and we haven’t spent a penny on compost in the last 6 months.

If there’s a downside, it’s the smell. It’s like sour fish garbage, but like our tote the composter is completely sealed so you’ll only get a whiff when you open it to deposit your scraps. We’ve found that thinks like nut shells and avocado pits take too long to break down but I generally add them anyway. When I add scraps I rough chop them first to aid the process. I wash our composter out whenever I empty it. It’s a quick rinse on the balcony, and it’s way better to do little and often, than leaving it until you can’t bare the smell, trust me.

Our composter came from “Bokashi Living” and we’ve found their service super fantastic. I’ve not shopped for anything else related to the composter since then so I can’t compare, but the experience was good. If we ever live somewhere bigger, I’ll probably get a second one. I know some people start out with two, so that they can keep filling while one is breaking down in it’s two week “sit” before it goes in the soil garden.

At the end of the day, our cash is hard earned, composting is always the right thing to do for the planet, but I’d rather find the saving in my wallet than give our food waste away.

Photo by . ▃ on Pexels.com 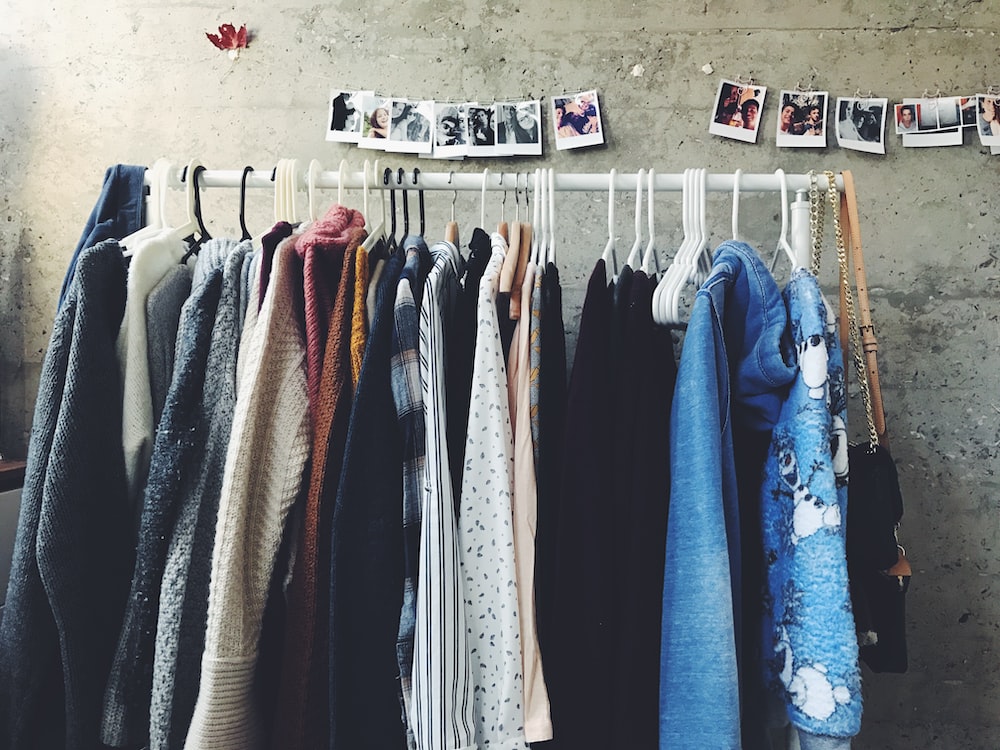 Picture by Photo by Shanna Camilleri on Unsplash

Visiting Powell River this past weekend, I was stunned to find up-cycling in the heart of the town site where the pulp and paper mill has been the dominant industry since 1912.

Walking into the new Townsite Market, freshly opened on December 9th 2018, I came upon Eunoia, a fibre studio and gallery filled with up cycled fashion and ideas for the home.

In a society driven by the economics of mass production like the town’s local mill, time slowed down as we walked the a gallery of beautiful items, rescued and re purposed from clothing castoffs. One of a kind hats, shirts and jackets hung among the hand made felted jackets and aprons. A favourite that stood out were pop can earrings: literal pop art! Circular discs of aluminum cans with patterns from bright craft beer designs and well-known logos like Coco-cola sparkled on the shelves.

I found myself re-thinking the idea of simply donating clothes to thrift stores and imagining what could be when older clothes, sheets and hangings come to the end of their original lives. The textile artists at Eunoia, embracing “beautiful thinking,” have gone beyond simple re purposing, and created an entirely unique fashion line.

The closest I’ve come to up cycling clothing is beginning work on a t-shirt quilt, an idea first seen in our house on the first Twilight movie (a guilty pleasure for sick days spent on the couch with broth based soups in hand!). We’ve also used old textiles as cleaning rags at home and in the studio, and taken some to be recycled at H&M.

For now Moon Snail Creative is content to up cycle old pillow cases into reusable shopping bags. We don’t have the sewing skills to work on clothing…yet! For now we’ll leave the wearable up cycling to the professionals, some of whom you can find in Powell River at Eunoia.